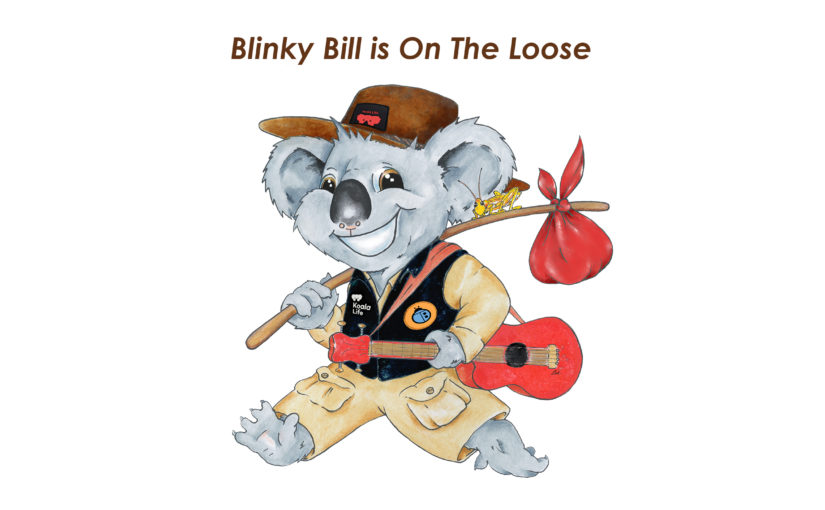 MICHAEL graduated with a BA in Educational Theatre (University of Adelaide) and an MA in Theatre Studies (University of London). He is also the Managing Director of Theatre Bugs & Adelaide Theatre Academy which is the largest performing arts school in South Australia. Michael is the current President of the Theatre Association of South Australia and also Artistic Director of Red Phoenix Theatre which is the resident company at Holden Street Theatres. He has directed and performed in numerous productions for a variety of companies and like so many other Adelaidian theatre practitioners of his vintage began his theatrical journey with the legendary Bunyip Children’s Theatre where he played the roles of many different animals and occasionally a human. For Red Phoenix he has directed several award nominated, award winning and critically acclaimed productions including: Shakespeare’s Titus Andronicus, David Williamson’s Don Parties On, Vaclav Havel’s The Conspirators, Albert Camus’ Caligula, Tim Firth’s The Flint Street Nativity, and Ian Hislop & Nick Newman’s A Bunch of Amateurs. Other notable directing credits include the award nominated Neville’s Island for Adelaide Rep and a sellout season of Macbeth for the Theatre Guild.

BOB has spent much of his life training teachers in the Humanities and Drama.   He has been writing for children’s theatre since the series with Morna Jones Drama is Action on ABC Radio in the late 1960s.  He has followed that up with numerous scripts for young and old. There have been works on Aboriginal culture as well. His play Run, Run Away (1979) premiered at La Mama Theatre in Melbourne attracted much praise.  He’s been a Fulbright Scholar and has a PhD for his work on Aztec and Native American performance rituals.    Now retired from his position as Head of Drama at the University of Adelaide, Robert has subsequently written the libretto of a jazz cantata , Stargazers,  a folk musical about Cornish settlement in Moonta, The Rattle of the Jig, and in the past decade  published three books on wartime subjects as well as adapting Dorothy Walls’ The Complete Adventures of Blinky Bill.  Children’s Theatre is important to him for its language, physical involvement, flights of fancy, surge of fun and the opportunities that performance gives to develop confidence and to challenge ideas in the process.  That’s how his children have grown up fondly remembering, still, the many stories and theatre events of their own childhood.

MICHAEL is the Creative Director of HeapsGood Productions, a company that recently celebrated 21 years of creating interpretive musical adventures, with a particular focus on science communication, the stories within cultural institutions, and living histories.

Michael has written and produced over 50 different shows across Australia, for such locations as the South Australian Maritime Museum, the Adelaide Botanic Garden, the Australian Museum, and Queensland Museum. He is a heralded member of the International Museum Theatre Museum Alliance, and has been asked to speak about his work at multiple conferences about his unique approach to producing theatrical experiences.

Through his character, singing palaeontologist Professor Flint, Michael is a regular feature of National Science Week events across Australia, and has released several successful albums and singles. In 2014, Michael was presented with the National Science Week Unsung Hero of Science Communication Award as a result of many years of connecting art and science in his many theatrical performances.

Writing the songs for Blinky Bill is a project that has allowed Michael to focus on the thing he loves most of all the things he does… songwriting. In 2017, 4 of Michael’s Professor Flint songs made it into the Top Ten best children’s songs in the Australian Songwriter’s Association Songwriting Awards. Michael was in-house songwriter and performer for the last season of Chanel 7’s “The Book Place.” Videos of Michael’s songs on social media have been viewed by hundreds of thousands of people in the last few years.

With a passion for dance, theatre, puppetry, and musicals, Carol’s 35 years of professional practice includes dance performance, teaching, choreographing, directing, facilitating and management and has taken her to many parts of the globe.

Carol danced in professional contemporary dance companies across Australia before heading to London for seven years to work as a dancer, teacher, choreographer in the UK and Europe. Returning to Australia, Carol became Assistant Director for Australian Dance Theatre (ADT) with Artistic Director, Garry Stewart. She toured extensively with ADT across Europe, UK, Asia and the USA.

Based in Adelaide Carol is an independent freelance Dance/Theatre artist. She choreographed the Helpmann award winning musicals “Pinocchio” and “Rumpelstiltskin” (Windmill Theatre Company) which toured to NYC 2014 and London 2018 respectively. Carol is dedicated to creating access to the arts for all and is a trained Audio Describer for blind and partially sighted people.

Bianka Kennedy designs immersive storytelling worlds for theatre, dance, children’s spaces, exhibitions and festivals and makes and paints scenery and props for film and theatre as well as being a visual artist working in sculpture and public art.

In 2019 Bianka’s design for Animal Farm, State Theatre Company of South Australia, directed by Geordie Brookman, was a national finalist in the APDG awards for emerging designer for live performance. Bianka Production Coordinated the FOMO Festival stage sets for New York based singer songwriter Nicki Minaj’s Australia and New Zealand tour, 2019. In 2020 she designed and installed the exhibition Electric Dreams festival of immersive storytelling for Crossover (London) and Adelaide Fringe. Her permanent public artworks can be found in Adelaide and in the Kangaroo Island Sculpture Trail. A solo exhibition of immersive sculptures based on the science of sugar will be exhibited during February and March 2021 at Praxis Artspace. Bianka is co-founder of new creative group Kinetik Collective and resides at the renowned George Street Studio.

CHLOE is a 2017 WAAPA Musical theatre graduate originally from Adelaide. One of her earliest memories is twirling and singing in a football jumper as a very young Adelaide Crows supporter.   Much to her sports mad family’s surprise she followed her performing passion to her first professional role as an 11 year old in the touring production of Turandot in 2008.

Throughout her time at WAAPA Chloe has had the opportunity to play Cora in Atlantis (Matthew Robinson. Workshop) and Diane Lorimer in 42nd Street (dir. Jason Langley) as well as being a featured soloist in both Rent (dir. Adam Mitchell) and Chicago (dir. Crispin Taylor).

In 2018 Chloe played the female lead, Drew, in ‘Vivid’magination’, a music video with WASA’. In 2019 and 2020 Chloe performed in Singapore and Adelaide in various TIE productions.

ALI can be heard on a daily basis on ABC Radio hosting Adelaide’s number one breakfast show. Born in Brisbane, Ali has called Adelaide home for nearly twenty years and joined ABC Adelaide in 2016.
When not running around with her three children, she loves watching sport and finds any excuse to explore South Australia’s beaches and country towns. She’s a terrible cook but a good eater and is a devotee of Big Hair Bands from the 80s and 90s.

Jamie Hornsby is an award-winning playwright and performer, and a recent(ish!) graduate from Adelaide College of the Arts. As an actor, Jamie has toured metropolitan and regional South Australia with Waxing Lyrical Productions and to Disneyland, California with Adelaide Youth Theatre. He is a regular performer with Splash Theatre Company and the Ticklish Allsorts, and his writing has been performed nationally and internationally. He won the 2018 Flinders University Young Playwrights Award and was the Runner Up for the 2020 Australian Theatre Festival’s Best New Play Award in New York. He is the co-founder of Madness of Two, a new theatre company tackling important issues through non-traditional modes of storytelling. Their most recent work was Claire Della and the Moon, a children’s theatre show about mental health, anxiety and depression, for which Jamie also wrote the music. Jamie was the inaugural recipient of Slingsby’s Hall of Possibility Artist in Residence program, alongside his collaborator, Ellen Graham. He is thrilled to be joining the Blinky Bill team.

CLAIRE is a seasoned performer on the Adelaide musical theatre scene. She has had roles in a range of productions for companies such as Irregular Productions, Therry, The Gilbert and Sullivan Society, and Matt Byrne Media over the last 15 years. She has worked professionally in children’s theatre, devised cabaret for the Fringe, and is herself a mum of two (some might argue the greatest acting role in existence). She believes strongly in the power of physical theatre and a musical ditty. Claire is thrilled to bring these beautiful characters to life as part of such a talented and fun team.

BRANT has worked in theatre since the early 1980s. For State Theatre Company of South Australia appearances include Sex Diary of an Infidel, Carrying Light, Lion Pig Lion and God of Carnage; and the joint STCSA and Sydney Theatre Company production of David Williamson’s The Removalists. Recent appearances include A Promenade of Shorts, The Flint Street Nativity, The Man From Earth, Caligula, The Conspirators, The White House Murder Case, Two Brothers, Don Parties On and Titus Andronicus, all for Red Phoenix Theatre; Jerusalem and Holy Day for the Theatre Guild; and Bracken Moor for Independent Theatre. Brant regularly reads poems for Radio National. He has received three Adelaide Critics Circle Awards; for directing Shakespeare’s Julius Caesar, acting in Oleanna for the Theatre Guild and acting in The Conspirators and Two Brothers for Red  Phoenix. He also received TASA’s Best Male Performer award for his role as Rooster in Jerusalem for the Theatre Guild. Brant’s most recently performed to critical acclaim in the role of Tom Sergeant in Verendus Theatrical’s production of David Hare’s Olivier Award winning play, Skylight.